Everything is sorted by Stores, just click on the word to open a new link window to the product desired.

P.S don't buy me clothes, buy me a gift card to the store so I can buy myself the clothes.


Paypal donation  here so I can buy stuff online

Well sorta!
to be honest, I had forgotten my password and was too lazy to do a reset. Didn't really see the point of writing a blog, it seems like my sister is the only one reading it (Hi Cath!) lol

Anyways, nothing much has changed since last time.
I finished my probation at work and I am now a full time licensed Funeral Director/Embalmer.
Recently they pulled me out of the preproom in order to "try" me as a Funeral Director.
So instead of having fun embalming people, using my creative side, I am stuck in an office, filling papers and talking to people *shudders*. I am bored out of my mind!!! But I have to do it. It is part of my job description after all.
It wouldn't be so bad if I was to to do both at the same time, not either, or. Well I have done 1 month, now I have 2 months to go until we sit down and figure out what's next.

To be honest, I want to return in my cave (aka the preproom). I may be good with people...but doesn't mean I am a people person.

Since I left theatre school, I somehow became a recluse. I don't go out, I don't hang out with people, I don't like having mindless conversation (specially with strangers), I feel uncomfortable in situations where I have to deal with people. I guess years of working in retails and living in big cities made me dislike people. So I really loved being in the preproom. When I meet people, it is usually on a very short term social contact, I work with the same 3-5 people (who are pretty awesome), I do my thing, which includes using my head and hands. And I like that.

I'm not the type of  person who strive to be at the top. If i like something, I wanna stay there. It's pretty hard for me to find something I like doing. I have a short attention spend. After a while, I get bored easily and I want to move on. Usually I drop things and do something completely different....or I run off somewhere (like Japan) for a change of scenery. But this time I had found something I enjoyed. I have been doing it for almost 2 years now and I'm not bored of it...so I was happy in the preproom.
Now I was changed places, and well i'm already starting to dislike my job. The people I work with now are great! don't get me wrong, but the work itself is boring, unsatisfying and now when I wake up in the morning, I actually feel like it's a drag to go to work.

2 more months to go and I hope I will be able to go back in the preproom.

On a slightly different subject, I have been thinking for a while of going back to school.
I would still be working, but I'd like to go to University part-time starting September 2013.
I feel like in life now, it's a good thing to have an University degree and i'd like that.
As anybody that knows me, I'm not a school-person, even the fact that I graduated (twice) from college is a big deal!!! Well this time, I have my eyes set on University. I wouldn't be going there in order to get an education to find work, but more like going there for myself. Like a personal achievement thing.
As I am in Ottawa, I have been looking at U of O and right now I know for sure I want to do Asian studies. They have either Chinese or Japanese, so I would be doing Japanese of course. I really want to study it properly and re-learn how to speak/read/understand it. Since I have been back almost 4 years ago, I have lost probably 70% of my japanese, and it makes me sad.
The problem is that it is only given as a Minor, and if I want a B.A, I need to studying something else. I could probably do my studies in Religious Studies, mainly because it would be relevant with my work, but i'm not overly excited about that either...or I could take some easier course like Theatre, since I already have a Performing Art diploma, so this wouldn't be as hard and I kinda miss doing theatre....or I could do my studies in Visual Arts since I love painting, so I would be studying something I enjoy doing and it can't hurt being more artistic if one day I want to be a great embalmer/restaurer and then, there is a General Arts B.A I could do for, it's not focus on anything specific, I could probably get credited a few of the classes too.

So I'm thinking after the holidays of going down the the University and sitting down with a counselor to see what my options are.  I don't care if it takes me 5 years to get my B.A part-time, I think I really would like to do it....plus if i'm back to school, I might finally be able to meet new people and make friends?! No offense, I love my cousin and cats ...but I think I need "real friends" lol

I can't wait until 2013 is here. Although technically 2012 was a good year (doesn't beat 2009-2010 though), I'm kinda over it and I can't wait for the new year to start. First of all, I can't wait to finally have paid vacation time! I haven't been on a vacation in 4 years.When I came back from Japan, 3 months later I started school, then a week after school, I started my internship, then 4 days after my internship I started my new job and now here I am! I itch to get out!!
I have narrowed down my possible vacation places for next year. I don't have much money, so that's going to be the major factor that will decide where I go : England: I have always wanted to go there ever since I was little and pretended to be in Oliver Twist. It's not as expensive as I thought it would be, plus I do have a friend getting married in June so it's a good excuse to go. Also, I do believe I remember some English chaps I met in Japan saying they would take me out of a pint if I ever went there (and a place to crash)...so I'm holding on to your words boys! lol 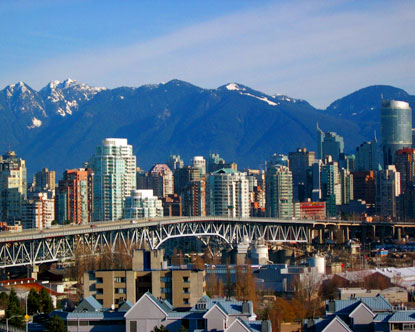 Vancouver: Although my family is all going for the X-mas Holiday and I'm not (no time or money), I'd like to go just to visit my best friend. I haven't seen her in 3 years, beside I have never been to that side of the country. I do know people who lives there, so I could possibly have a place to stay. Can you believe it is the same price to fly either to Vancouver or London? Flying within your own country shouldn't be so expensive!! Orlando, Florida : Mainly for Universal Studio to go see the World of Harry Potter and drink a butterbeer at the 3 broomsticks! If I get more people with me to go, we could drive there, it's a 24hr drive, with 4 drivers it's 6 hrs each (same distance I drive on my own from Ottawa to go visit my family). Then once there, you get a cheap hotel, doesn't have to be close to the park since we would have a car and split the hotel by 4. So it is the cheapest option so far.

The last option, which is also a cheap one would be New York, to go see broadway shows...but i've done NY a few times.

If I plan carefully, I may even be able to go on 2 trips, but I don't want to get my hopes high! Let's start with one. Orlando is the most plausible one, now I just need to find my 3 other drivers/Harry Potter addicts to come with me.