Today has been a month since I got my new roommate : Ozzy-chan!

now please don't get confused, she is not named after the british rockstar Ozzy Osbourn....but
after the loveing village drunk in Kisarazu Cat's eye!


I found her on kijiji, she is a 9 years old calico cat. Her name was Chloe at first...but i really dont like that name ahaha so i changed it to Ozzy.

Why Ozzy?
Well in the japanese drama ; Kisarazu Cat's eye : Ozzy loves to wake up in the morning when the sun rises and shouts "ASA DAYO!!!" (it's morning!!)...My Ozzy-chan, likes to wake me up every morning when the sun rises with a bunch of meows.
Also, just like Cat's eye's Ozzy, who often stumbles when he's drunk...Ozzy-chan tends to stumbles as soon as you started scratching her head.
And finally, just like Cat's Eye's Ozzy, who loves to follow around Bussan and the other boys, Ozzy-chan loves to follow me around (or anyone for that matter) and just hang out and feel part of the gang.

So there you have it!
Ozzy-chan my new roommate.
She is sweet, loving, talkative and cuddly. 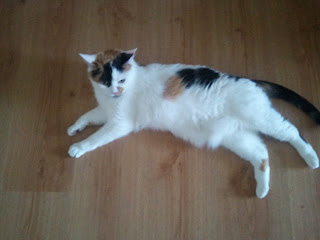 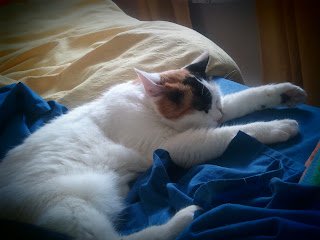 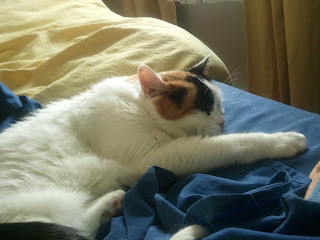